Steve Harvey Breaks Down After Seeing His Mama’s House

HOW TO INSTALL SUBTITLES ON XBMC/KODI (FOR MOVIES & TV SHOWS)

Creating a TV Show From the Ground Up

SpongeBob SquarePants: Sponge Out Of Water 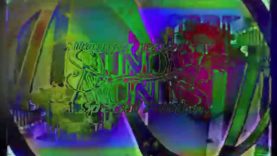 You’ve probably heard the trope about how aliens have been watching old episodes of “I Love Lucy” and might think these are our “historical documents”. How far have our signals reached?

Television transmissions expand outward from the Earth at the speed of light, and there’s a trope in science fiction that aliens have learned everything about humans by watching our television shows. If you’re 4 light-years away, you’re see the light from the Earth as it looked 4 years ago, and some of that light includes television transmissions, as radio waves are just another form of electromagnetism – it’s all just light.

Humans began serious television service in the 1930s, and by the modern era, there were thousands of powerful transmitters pumping out electromagnetic radiation for all to see. So are aliens watching “I Love Lucy” or footage from World War II and believing it all to be part of our “Historical Documents”?

The first radio broadcasts started in the early 1900s. At the time I’m recording this video, it’s late 2014, so those transmissions have escaped into space 114 years ago. This means our transmissions have reached a sphere of stars with a radius of 114 light-years.

Are there other stars in that volume of space? Absolutely. It’s estimated that there are more than 14,000 stars within 100 light years of Earth. Most of those are tiny red dwarf stars, but there would be hundreds of sunlike stars.

Will the signals be powerful enough to stretch across the vast distances of space and reach another world so that many generations of aliens can hang their hopes that James Tiberius Kirk never visits their planet with his loose morals, questionably applied prime directive, irresistible charms and pants aflame with who knows what kinds of interstellar STIs?

Here’s the problem. Broadcast towers transmit their signals outward in a sphere, which falls under the inverse square law. The strength of the signal decreases massively over distance. By the time you’ve gone a few light years, the signal is almost non-existent.

Aliens could build a huge receiver, like the square kilometer array being built right now, but the signals they could receive from Earth would be a billion billion billion times weaker. Very hard to pick out from the background radiation. And by Grabthar’s hammer, I assure you it’s only by focusing our transmissions and beaming them straight at another star do we stand a chance of alerting aliens of our presence. Which, like it or not, is something we’ve done. So there’s that.

We’ve really been broadcasting our existence for hundreds of millions of years. The very presence of oxygen in the atmosphere of the Earth would tell any alien with a good enough telescope that there’s life here. Aliens could tell when we invented fire, when we developed steam technology, and what kinds of cars we like to drive, just by looking at our atmosphere. So don’t worry about our transmissions, the jig is up.

What do you think? Is it a good idea to alert aliens to our presence? Should we get rid of all that oxygen in our atmosphere and keep a low profile?

Thanks for watching! Never miss an episode by clicking subscribe. Our Patreon community is the reason these shows happen. We’d like to thank:
Michael Collins
Jamie Rich
and the rest of the members who support us in making great space and astronomy content. Members get advance access to episodes, extras, contests, and other shenanigans with Jay, myself and the rest of the team. Want to get in on the action?

Creating a TV Show From the Ground Up

Coul not be better