Bing on Xbox One 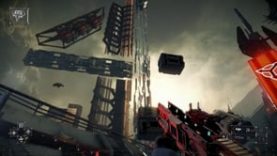 PlayStation has paired up with Channel 4 to deliver an exclusively tailored and engineered launch campaign starting November 22. KentLyons were asked to drive innovation within ad breaks and plant PS4 in the minds of viewers in the lead up to it’s launch.

To emphasise the pairing we created bespoke versions of Channel 4’s iconic on-air marketing idents using gameplay from exclusive PS4 games Killzone Shadow Fall and DriveClub. KentLyons and 4Creative worked with the game developers (Guerilla Games & Evolution) to generate the idents from within the game-engines themselves. They will feature at the beginning and end of selected ad breaks from November 28.

Competition to win a PS4: http://ps4.channel4.com