Dota 2 Daily WTF – Wait for it, waaaait for it 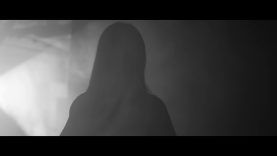 Would you like to find your video on our channel?, if your music is really good contact us at this address.
http://www.maxiocio.net/
“Stranger Things Have Happened” is the awaited second studio album by British singer-songwriter Clare Maguire. It was released on May 27th via Virgin EMI Records and Universal Music.

The album arrives five years after her commercial success with the acclaimed debut “Light After Dark”, and it comes preceded by the first promotional single “Elizabeth Taylor“, premiered on March 24th. The music video directed by Suki Waterhouse was premiered on March 31st.

“The Valley” was released as instant grat along the pre-order of the album on April 22nd. A full film to support the album was premiered through Vevo on July 8th. It was directed by Bradley Alexander.