How To Delete A Whole Folder Of TV Shows – Virgin TiVo 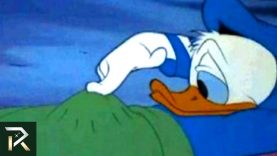 Description:
A major part of our childhood these days include the television shows that we watch. It is the responsibility of the networks and production companies to provide the public with quality programming that is both entertaining and age appropriate. But sometimes, these shows will sneak in a dirty or inappropriate joke within the episode. Typically, the jokes are subtle enough to where the jokes go over kids’ heads and may even provide a laugh or two to the parent who is stuck watching TV with their child. These days, it isn’t uncommon to see movies have adult references. Again, the jokes are subtle and won’t mean anything to the kids until they are a lot older and rewatching their favorite shows. But the shows in this video aren’t that subtle, and in fact, some of the kids who are more street smart may even understand these references. Talk about opening a door to an uncomfortable conversation with your child!
For example, one of the edgiest shows on Nickelodeon was Rocko’s Modern Life. There were so many adult references such as naming the doctor, “Dr. Bendova” and the main restaurant being the Chokey Chicken. Not to mention as well as Rocko worked as a sex operator and his best friend Heffer liked to stroke something under the sheets while lying in bed. But the more surprising adult jokes come from the most innocent of shows like “Rugrats” where Grandpa brings out a video called, “Lonely Space Vixens”, but tells the babies that he’ll watch it after they go to bed.
One of the more disturbing adult jokes comes from the classic series, “Looney Tunes.” Granted the show has had its moments of controversy from slipping in adult jokes. But the most unsettling joke was one of the most popular and commonly used running gags of the series. That gag was suicide. Whenever the characters felt overwhelmed or tired of the scenario they were in, they would bring out a gun and shoot themselves in the head. Not only was this making light of death, but it was also trivializing suicide, which has become a serious problem in the world, especially amongst kids and young teens who are resorting to killing themselves after being bullied.
When Warner Brothers put out the show, “Animaniacs”, it was a classy tribute to some of the classic and traditional Hollywood life with guest stars and homages to some of the most famous movies and television shows. However, many kids missed that fact that there were some pretty mature references and jokes and adults would find hilarious. For example, when Yakko, Wakko, and Dot met Beethoven for the first time, the composer references himself as a “pianist”. The three siblings gasp in horror, thinking that Beethoven said the “other” word referring to male genitalia. That wasn’t the old joke either. The show was sprinkled with women’s underwear and other sexual references including the classic, “Hello, nurse!”
To find out more inappropriate adult jokes in your favorite kid shows, watch the rest of this video and be ready to bid your childhood goodbye!

For more videos and articles visit:

TheRichest is the world’s leading source of shocking and intriguing content surrounding celebrities, money, global events, society, pop culture, sports and much more. We create high quality top 10 and top 5 list based videos filled with mind blowing interesting and entertaining facts you are going to love and enjoy. Currently updating every day!