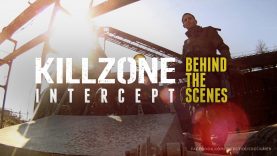 ( Hope you enjoyed it. Please use the Tip Jar below to help us make more awesome videos! )

Watch the Behind The Scenes: http://www.youtube.com/watch?v=jAKGANmRFNw

Killzone Intercept occurs during the events of Killzone 3 as the ISA evacuate Helghan. A small scout squad is called upon to stall a large group of approaching Helghasts that plan to cut off the ISA convoy from reaching the extraction point. Outnumbered, the squad takes on the task with hopes of getting everyone off the planet alive.

Director’s note:
“This is another film project that was 2yrs in the making and only possible with unbelievable amounts of work and support from friends and family. It amazes me what can happen when a group of talented people are passionate about a project. On previous projects, we have never had any form of support from the actual game creators. Luckily, Guerrilla Games was kind enough to give feedback and recognition for a fan film project fueled by our love for the games. Other developers should take notes. Now, enjoy the film!”

Huge Thanks to Joy Gravel for keeping me alive during this project.