Top 10 Tv Shows based on Comics

Why Do Japanese TV Shows Have Little Boxes of Celebrity Reactions? 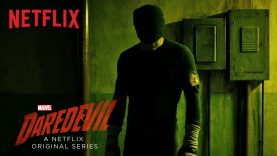 Daredevil will fight crime anywhere, anytime. The hunt for a kidnapped boy, and the criminals who took him, brings Matt Murdock to a hallway filled with thugs. And makes them regret every crime they’ve ever committed.

Top 10 Tv Shows based on Comics