HomeWTFPaul Reiser Discusses His Character in 'Stranger Things'
AUTO NEXT 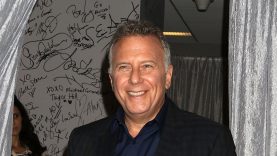 Back when it was announced that actor Paul Reiser would play a mysterious government official in the second season of the Netflix smash hit ‘Stranger Things’, fans immediately assumed he would portray a villainous character much like the role he played in the movie ‘Aliens’. However, according to Reiser, he still doesn’t know if his ‘Stranger Things’ character is in fact good or bad.

Convert hubanero.com to an app.

Convert hubanero.com to an app.

Every your dollar can turn into $100 after you lunch this Robot.

Robot is the best solution for everyone who wants to earn.