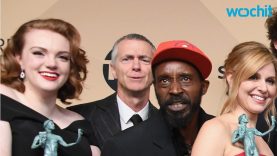 The comeback rumors have long been squashed, and fans are well-aware that Barb is dead on Stranger Things.

According to executive producer Shawn Levy however, Barb’s spirit will be alive and well during the show’s upcoming second season.

Variety posted a clip of the interview on their Twitter account Monday morning, and Levy was asked about the Barb rumors.

He definitely said that she couldn’t be any more dead than she actually is, but that she will be a heavy influence on season two saying,

“Her memory, and the search for justice for her, is a big part of season two.”