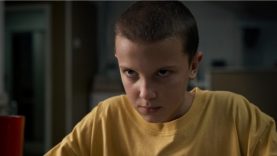 Information on the second season of the Netflix show Stranger Things has slowly been coming out since the trailer made its debut during Super Bowl LI. Though it’s not set to debut on Netflix until later this year, everyone who’s anyone wants to know how things are going to pan out for the residents of Hawkins.