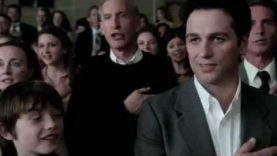 The Americans is an upcoming American television series which will premiere on January 30, 2013 on the FX network. It is a 1980s Cold War drama.
The premise is that a group of Soviet KGB officers have been trained to impersonate American citizens, so that each one can become a sleeper agent, with a cover which may even include an unwitting spouse and family.