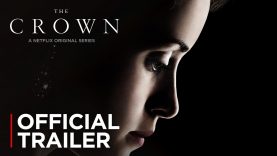 At a time when Britain was recovering from war and her empire was in decline, a young woman took the throne as a matter of duty not desire. Prepare for a world full of intrigue and revelations in The Crown. Now Streaming on Netflix.