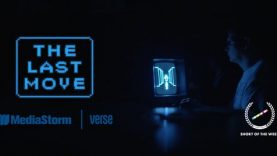 Michael Thomasson has devoted his life to video games. It’s been his passion and his obsession for more than three decades. He owns over 11,000 unique game titles for more than 100 different systems.

“Because there’s something wrong in the back of my head,” he says.

His collection is so large, in fact, it’s currently recognized by the Guinness Book of World Records.

But there’s one thing Michael loves more than his games: his family. The Last Move chronicles Michael’s attempts to help his mother at an enormous personal cost to himself.

See the full project at http://mediastorm.com/publication/the-last-move