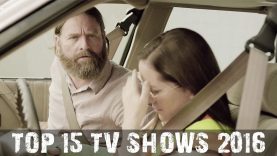 I realize this list was slightly confusing for some, so I waited for 2016 and remade a Top 15 Tv Shows You Need To Watch in 2016 -https://www.youtube.com/watch?v=swvhskfWsCQ

I think you’ll find yourself more pleased with this

Disclaimer*
Hey Everyone, all links in this video description contain a short ad that you can skip after the first 5 seconds, I know its annoying, but it helps me fund a lot of what I do on this channel, I reinvest 100% of what I make on YouTube back into YouTube. This helps me improve my quality for future videos.

Mr Robot is the tale of a young computer programmer (Malek) who suffers from social anxiety disorder and forms connections through hacking. Malek is then recruited by a mysterious anarchist, who calls himself Mr. Robot.

Sense8 tells the story of eight complete strangers of different cultures and parts of the world who suddenly find themselves growing mentally and emotionally connected, All whilst being hunted by a complete stranger. Each episode reflects the views of the characters interacting with each other while delving deeper into their backgrounds and what sets them apart, and most importantly – what brings them together.

Featuring Dwane Jhonson for his first ever large T.V appearance, Ballers is A series that revolves around a group of football players and their families, friends, and handlers, not only from a financial point of view but from a football player trying to make it.

–The Last Man On Earth–

THE LAST MAN ON EARTH is a new single-camera comedy about the life and adventures of well… PHIL MILLER – the last man on earth! , he’s humanity’s last hope. Will he ever find another person alive on the planet? Would hoping that she is a female be asking too much?

The whispers is Sci-Fi adventure about a mysterious imaginary friend named Drill, who persuades children to commit harmful acts. Fear and violence begins to settle in as they begin to notice that Drill isn’t just here to play games.

Izombie is a interesting story of a medical student who becomes a zombie, and not only keeps her wits but she carries out the personality traits of the brains she eats. Oh and she also fights crime, which is nice too

Lucifer is a story about… well you know , Lucifer. Who conveniently has given up his duties in hell and has taken up residence in Los Angelous. INTERESTING…

The story follows a young man, Barry Allen who wakes 9 months after he was struck by lightning and discovers that the bolt gave him the powers of super speed. With his new team and powers, Barry becomes “The Flash” and fights crime in Central City.

Matt Murdock was blinded by a chemical spill in a freak accident while he was a child. Instead of limiting him it gave him superhuman senses that enabled him to see the world in a unique and powerful way.

Humans Is about A new domestic machine – “ The Synth” , said to be the next best thing is being mass produced into the world. Thought to be the first perfect “emotionless” fully obedient robot , turns out to have a few secrets of their own.