Terrible TV Show Decisions Someone Should Be Fired For 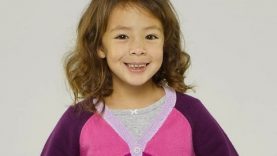 Read more here: www.famefocus.com
Follow us on Twitter: https://twitter.com/focusfame
Sometimes actors quit or get fired partway through a season which forces the studio to either write them out or replace the actor, and just hope we wouldn’t notice.
Well… We noticed!

FRESH PRINCE OF BEL-AIR
Janet Hubert played the role of Vivian Banks for three years, and was replaced by Daphne Maxwell Reid. Supposedly Will Smith and Janet had some “issues”.

LAST MAN STANDING
Tim Allen’s show didn’t just replace one character between season one and season two. They replaced three. A new showrunner was brought on and some of the original cast was let go for “creative differences.” They just recast and kept on going as if nothing happened.

FAMILY GUY
Meg Griffin was originally voiced by Lacey Chabert, who ran into some time conflicts with school and Party of Five. Mila Kunis was brought on after the first season.

BEWITCHED
Dick York injured his back while shooting a film and never really recovered. His pain was ultimately so bad that he could only stand for 30 minutes at a time and had to hand the role over to Dick Sargent.

THAT ’70S SHOW
The original Laurie was played by Lisa Robin Kelly who had a known drinking problem and passed away in 2013. It’s possible that substance abuse played into her being replaced by actress Christina Moore.

ROSEANNE
The role of Becky was played by Alicia Goranson and even when she went to college they kept her on, making the occasional appearance. But she got too busy and they replaced her with Sarah Chalke.
Until she was more available and came back to the show… But then missed some episodes and Sarah had to step in. It was so frequent they actually made jokes about it in the show.

ARRESTED DEVELOPMENT
From the beginning they had planned to swap out actresses playing the character of George Michael’s Christian girlfriend. They actually wanted her to be forgettable. Originally played by Alessandra Torresani, eventually Mae Whitman took over.

THE MUNSTERS
For 13 episodes cousin Marylin was played by Beverly Owen, but she fell in love and decided to break contract, move to New York and get married. Pat Priest was left to take over. Beverly got a five year ban from the studio, and a divorce in 1974.

FRIENDS
Ross’ first ex-wife, Carol, was originally played by Anita Barone (in her debut episode) and then by Jane Sibbett, in a reoccurring role, the next seven seasons.

SESAME STREET
Matt Robinson, playing the role of Gordon, wasn’t thrilled to be in front of the camera having actually joined the project to do behind the scenes work. Gordon was recast as Hal Miller, and then followed by Roscoe Orman.

Provide your family with the money in age. Launch the Robot!

Financial independence is what this robot guarantees.