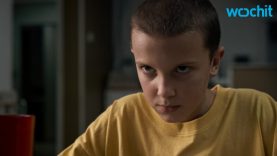 M. Night Shyamalan’s move into television has been incredibly successful, and now he’s expressing interest in directing one of 2016’s most talked about shows: Stranger Things. The Duffer Brothers, who created Stranger Things, made their TV debut working for Shyamalan on the first season of his show Wayward Pines. Shyamalan says he wants to pay back the favor and come direct some episodes of season 2. He’s also “been tapped for a long time to helm the Tales From The Crypt reboot.’