HomeMOVIE & TVWin in China
AUTO NEXT 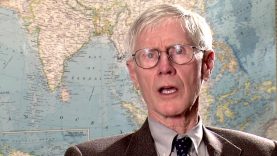 The world’s largest and most lucrative business-plan competition is held… not in the United States or in any western country, but in communist China. Beyond the 1.3 billion Chinese, the competition goes largely unnoticed in the rest of the world. But in communist China the competition, aptly named “Win in China,” is broadcast on national TV. Over 120,000 entrepreneurs compete for prize money in excess of $5 million with the winner receiving nearly $1.5 million dollars to invest in their new business plan. Commentators in the film include Jack Ma, founder of Alibaba Group and Chairman of Yahoo China, James Fallows, correspondent for The Atlantic Monthly and China expert Orville Schell. Win in China is more than a lucrative business plan competition – it is an opportunity for the government to educate, motivate and inspire the latent entrepreneurial talent in the most populous nation on earth. Beneath the game show’s surface lies a nuanced, subtle view of Chinese business practices, ambitions, ethical norms and competitive behavior.

cialis without a doctor prescription cialiswithdapoxetine.com