HomeGAMINGXbox “Characters That Matter”
AUTO NEXT 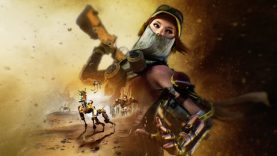 With the richest stories and most compelling characters, this is the biggest year for Xbox games.

As a follow up to the E3 “Jump Ahead” film and the “Greatest Games” TV Commercial we created for Xbox last year, we’re back at it with “Characters That Matter,” for E3 2016. This film introduces a new lineup of characters and stories exclusive to Xbox in 2016.

Maybeloan.com – payday loans in Tennessee near me