Battlefield™ 1 – One Moment of Pure WTF 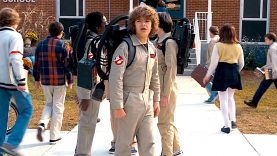 The show was released on Netflix on July 15, 2016. It received critical acclaim for its characterization, pacing, atmosphere, acting, soundtrack, directing, writing, and homages to 1980s genre films. On August 31, 2016, Netflix renewed the series for a second season of nine episodes, which is set to be released on October 31, 2017.