PDF Morgan Freeman is God, and Other Things I ve Learned Sitting in the Dark With Strangers 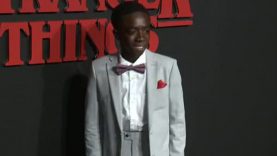 Caleb McLaughlin – who plays Lucas on Stranger Things – posted a picture on Instagram of himself, alongside the Ultimate Spider-Man, Miles Morales. It’s only really a matter of time before Marvel comes calling, as a few other principal cast members have already been cast in upcoming major films. Millie Bobbie Brown, aka Eleven has been cast in the upcoming Godzilla sequel, and Finn Wolfhard, better known as Mike, will be appearing in the remake of Stephen King’s IT.