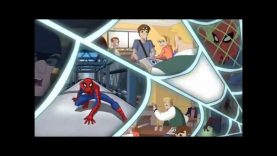 From 1967 to 2012, 10 Spider-Man television series have been produced. Some of these shows had several different variations to their respective openings, but I chose to include only one for each.

There have been some very memorable openings over the years, including the classic 1967 theme song that everybody knows. Other popular intros are the 1994 theme song done by Joe Perry of Aerosmith and the catchy 2008 Spectacular Spider-Man theme song. With the new series, Ultimate Spider-Man, having premiered and with much demand – I made a new video including that show’s very abrupt intro.

Absolutely no copyright infringement at all is intended, this is meant strictly for entertainment purposes and I will not ever be making any profit off of this. Spider-Man belongs to Marvel/Disney.

We know how to become rich and do you?