HomeWTFNetflix Chief Comments On Season 2 Of 'Stranger Things'
AUTO NEXT

Wtf is this place? 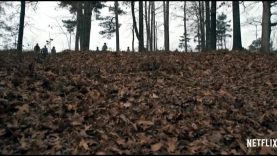 The marketing machine for the second season of Stranger Things is in full swing. A trailer during the super bowl sent Stranger Things fans into a frenzy. The series promises to take a darker turn in season two. According to British entertainment magazine NME, Netflix Chief Content Officer Ted Sarandos said he was impressed with Stranger Things: Season 2. Sarandos said he’s seen the first episode of season 2 and thinks it’s “fantastic.”